Lawsuits made all the laws. Suing the government enough times has ensured that there is very little government left. In the interest of increased electoral transparency it became legal for senators to be the paid spokesperson for a corporation. The government is now a little like the UN of old. Representatives from different companies bicker loudly and ineffectually, while Robonixon tries its best to better seal away the launch codes.

Too many cases of police brutality have ensured that serving and protecting is now firmly in the hands of the people. Everyone is a registered informant but they don't have anyone to inform to, just a lot of paperwork. Districts are owned by companies that trade streets like stocks, faster than real people can keep up with. No one in this world is there to help you, but nobody really cares about you either, so you're probably safe. Recreational drug use is still illegal. The DEA will never die. Cocaine is now marketed as performance enhancing, but the truth is it's falling behind coffee+, Crimson Taurus, and the slew of other supplements that have been addicting a fanbase for years.

Everything is sold as liquid, vapour, or powder. Efficiency is key, as is reusability. A 'packet' of cigarettes might be passed down generations, LEDs dimming and holographic health warnings flickering, but still dispensing sweet smoke whenever its reservoir is topped up. The exception to this rule is the universe's most packageable food; precooked noodles. Noodles are pretty much the only food anyone has ever eaten, but have a lot more flavours than there were a thousand years ago. Or a week ago.

Everyone's forgotten where culture comes from. What nations are. Noodles aren't Chinese or Japanese or Italian, they're GigaFeed, bioTaste or Snak Powr. People still make art though. You can't stop art. Landlord issued jumpsuits are recut, dyed, adorned, even crocheted. Punk has a lot more meanings these days.

Everyone still has to work, of course, but with so much production automated it's hard to tell where the money goes. Presumably the government is still printing electro-dollars somewhere, and it trickles down through corporate tax breaks until it gets to the landlords, the most senior corporate position anyone's ever heard of. So people work odd jobs. They fix goods that are no longer under three day warranties most places offer. They run bodymod shops, putting in piercings and extra limbs. They trade for what small things pass at luxury goods, saving money for the vending machines that are the only source of food. Some lucky few get a letter in the mail and a permanent job with a corporation. Food vendors and bar staff and salespeople at the few stores that still hire, relics written in the code of a forgotten time. Techs are more common. Creative solutions are vital in a system with only 98% recyclability and not enough spare parts.

The most exciting career path, as in every era, is Freelancer.

A thousand years ago they may have been described as private investigators. A thousand years before that they'd be considered adventurers. In the present they are a motley assortment of ne'er-do-wells. Lancers, Psychics, Biomechanoids, Enginewrights. The ever reviled Hackers. Packs of Freelancers roam the streets under halogen skies, spreading equal parts heroism and bloodshed. After all, something has to keep the population under control.

(why are these American? is the America only place where Thing Happen? i don't even live in America and it's still the only place a dystopia can be set. backhanded compliment? not sure.) 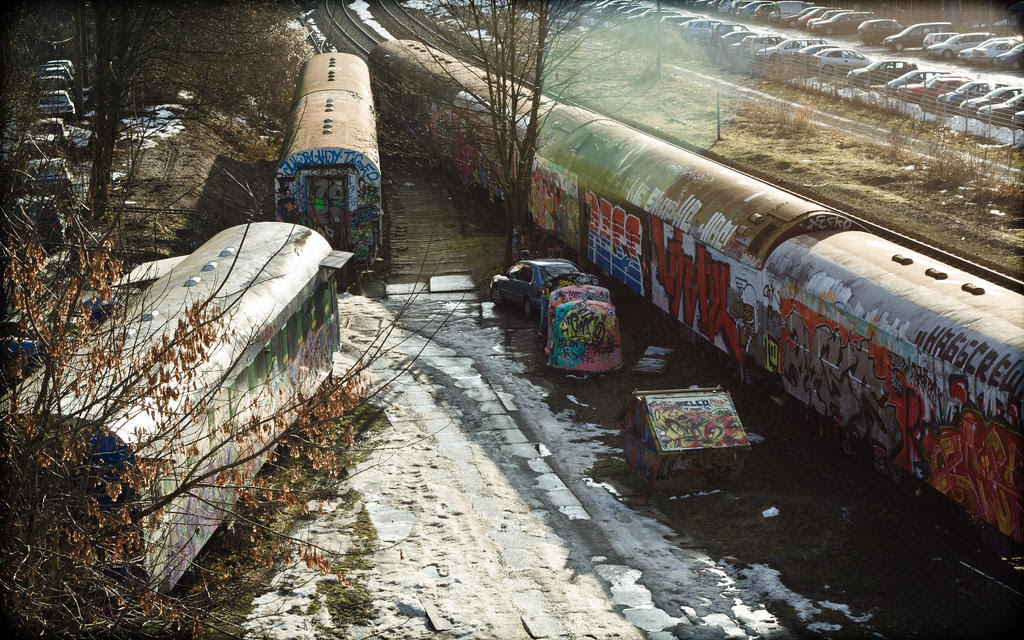