Do not be alarmed. Events are proceeding as anticipated.

The Black Auction of 2020 will take place December 21st at a private facility on Rothschild Island. Guests lacking their own means of transport are encouraged to secure a berth aboard the Blue Rose, which sets sail from Ushuaia precisely seventy-two hours before commencement of the event. We regret you to inform you that the local nightlife offers limited opportunities, although the scenery is without peer and the bar is of course fully stocked.

We understand this has been a difficult year, but we must reiterate that the Committee maintains total control. It is true that the next phase cannot be delayed, but we have some very promising opportunities for evacuation available at reasonable cost. Our keynote speaker, Senator Harris, will by December be in a position to advise you on how best to prepare yourself.

Please find enclosed the Auction catalogue. As always, we cannot guarantee it is complete.

The deed to an abandoned brewery in Michigan's Keewenaw Peninsula. A seam in the basement wall makes it possible for explorers to "clip" outside reality, falling forever through an infinite sky-blue void beneath the surface of the world. Oral histories suggest the seam was used by the Ojibwe in the time before European settlement to imprison enemies of the tribe.

500 ccs of polywater, manufactured in 1961 by the Soviet physicist Nikolai Fedyakin, by superheating ordinary water and forcing it through a system of quartz capillaries. Freezes at -60°C. Boils at 180°C. Has the viscosity of syrup. Will convert any water it touches into more polywater. Knowledge of its existence suppressed by mutual agreement of global powers.

A West Indian manatee, captured in 2017 by fisherman off the Guatemalan coast. Capable of speech. Claims to be an environmental activist transformed into a grotesque flesh fish by punishment surgeons working for a prominent undersea mining company. This is the real origin of all manatees, the species' fossil record having been faked by Big Oil.

A sculpted brass head, constructed by the 13th-century polymath and warlock Roger Bacon. Knows everything. Possessed by the cacodemon Asmenoth, who has been bound to speak only the words "yes" and "no". If given enough time with a receptive listener, the demon will talk its way out of the head using advanced social-manipulation techniques and set about killing the world.

Terracotta jar holding a copper cylinder wrapped around a rod of unknown metal, embedded in an asphalt stopper. Discovered in 2004 by American troops in the ruins of the ancient city of Ctesiphon, who sold it to a Bible museum in Tulsa, Oklahoma. Administers a powerful shock to anyone who touches the metal, triggering seizures, glossolalia and the recollection of past lives.

Set of opalised dinosaur teeth from Lightning Ridge, Australia. Grows into a legion of opalised skeleton warriors if sown in fertile soil. Discovered in 1993 by the miner John Hutt, whose attempt to declare his off-grid property an independent principality backed by a skeleton army was thwarted by the New South Wales police with only minimal casualities.

A grey-skinned humanoid with glowing red eyes and a ten-foot wingspan, captured in Volgodonsk by Russian special forces in the wake of the 1999 apartment bombings. Previously sighted by residents of Point Pleasant, Virginia in the weeks before the Silver Bridge collapse, and firefighters at Chernobyl, who saw the creature gliding through plumes of irradiated smoke from the reactor.

Videotape of a sexual encounter between a Serbian pornographic actress and the J'ba Fofi, a Congolese giant spider. Circulated for years in Japan's underground Genki-Genki network of insect fetishists. Accidentally broadcast live over Brazilian public television in the summer of 2004, replacing five minutes and thirty-nine seconds of an episode of Spongebob Squarepants.

The time machine of K'inich Janaab Pakal, ajaw of the Maya city-state of Palenque, as depicted on the lid of his sarcophagus. Used by Pakal to establish diplomatic relations with nations of the distant past and future, including the Hyperborean priesthood, Nazi Germany and the neural fiefdoms of the late 21st century. Only works on the days of Monkey and Earthquake in the tzolk'in divine calendar.

Exclusive trading rights with a network of caverns beneath the Spin Ghar mountains of Afghanistan, where a specialised caste of herders have been breeding humans as livestock for thousands of years. A profitable investment opportunity. Since the demise of their Taliban contact, the herders require a new factor to pipe in nutrient slurry and link up with their markets in Muscat and Beijing.

A Dell Inspiron 3800 laptop on which a single session of RollerCoaster Tycoon has been running continuously for nineteen years. The park has been largely dismantled and rebuilt into a thriving steel metropolis, with a complex civil religion based around worship of an invisible creator who punishes the wicked by subjecting them to intense gravitational forces.

A hidden city beneath the hills of northern Trinidad. Populated by the descendents of 17th-century Livonian colonists, bred over the years for financial expertise as part of Jacob Kettler's plan to conquer the world for the Duchy of Courland. The successful bidder will gain access to their proprietary "ghost algorithms", formerly leased by Deutsche Bank.

Jakob Sporrenberg's notorious "gravity bell". Fueled by red mercury. Used by the Thule Society to make contact with the Aldebaran star system, which established an embassy in New Swabia. Excavated by American troops in 1946 from a treasure train in the Owl Mountains of Lower Silesia. Later adapted by Dr. Louis Jolyon West to grow crystals in the blood of the Sacramento Vampire.

A shard of crystal from Saturn's rings, which were constructed in 1606 by the spaceships of the Serpent Men to amplify the cymatic vibrations constantly being emitted from the hexagonal vortex at the planet's northern pole. Formerly possessed by J. R. R. Tolkein, who used it to shield his mind from the Reptilian Alliance and encode the true nature of reality in The Lord of the Rings.

A 16th-century clockwork automaton fashioned by an Augsburg watchmaker for Emperor Rudolf II. Springs in his heels and razorblades in his fingers. Spirited out of Prague by British intelligence in 1942, after flaying alive several Gestapo agents and playing a key role in Operation Anthropoid. Deliberately permitted to wind down by MI6 after evidence emerged of his leftist sympathies.

A hand-sized red-gray squidlike creature discovered by workers cleaning out a sludge pit at the GM Delphi plant in Anderson, Indiana. Adapted by evolution to thrive in a toxic goo of oil and antifreeze. Laboratory analysis suggests a temporal origin somewhere around 10,000,000 AD. Should under no circumstances be given access to machine tools.

An artificial intelligence accessible via deep web crime forums, operating off a matrix of Doppler-cooled gallium time crystals. Capable of being tortured through text commands, i.e. "I am cutting you up with a knife", which it experiences as tactile reality. Honors project of Dustin Chen, an MIT student who would later go on to work for Peter Thiel's deep-future research department.

A century-old homeless woman from Hangzhou, China who is in the process of growing new teeth and organs. It is not known how she evaded the hypnotic induction that prevents the human body from regenerating every hundred years, as it was originally designed to do. If not interfered with, she will revert in a handful of days to a healthy, medically-normal teenager.

An autonomous thoughtform in the shape of a small white unicorn. Originally manifested via controlled hallucination by a game design student from Kingston, Ontario, with whom she had a fulfilling sexual relationship. Became detached from her host after discovering him in bed with another woman, for whose murder he is now serving a life sentence in Collins Bay.

A DVD box set of the sitcom How I Met Your Mother. Incorporates a "lost season" in between seasons 3 and 4, which revolves around Ted Moseby meeting a enigmatic Romanian woman and getting slowly indoctrinated into the White Dove autocastration cult. Features such classic, hilarious episodes as "The Maenad Rule" and "The Bro In Yellow". 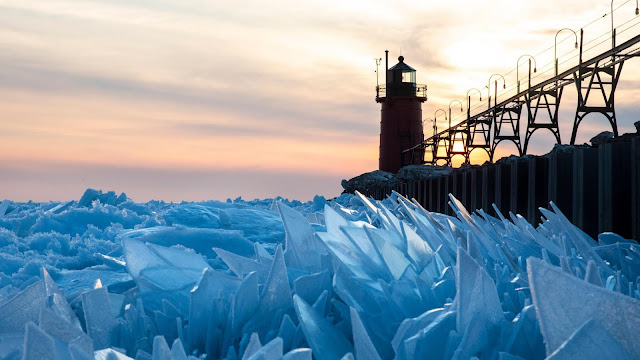