If you go far enough north, you come to Hyperborea. This is true everywhere. Travel past the kingdom of fake Vikings and the mountains of the white elves and the ice-ridden shores of the polar seas and the place where sky and sea and land all blur into each other and all you see is white. Keep going north and you will find it.

There is life even in Hyperborea. Silent birdmasked whale hunters. Kite cities floating on katabatic winds. Empires of sapient bacteria, subglacial magma-heated saline bubbles the only universe they know. Reefs of white coral that filter food particles from the eternally howling wind. Fake Vikings who've gone a little weird. Self-perpetuating magnetic fields that want to liberate your soul from your body so it can dance with them in the aurora. Goblins. Mammoths. Mammoth seals, like elephant seals but bigger and stupider. Tusked apes. Pockets of rainforest that unfreeze for a week in the heart of summer to briefly mimic the tropics. Piranha penguins. Crimson oozes that leave their pigment in caves when it's time to hunt. Tomb vultures that eat only the flesh of dead empresses. Stunted scavenger bears. Skeleton jellies. More goblins.

There are also giant insects. Hyperborea is not subject to the same natural laws as your world and insects can be as big as they like. Here are some.

Posted by Dunkey Halton at 01:14 No comments: 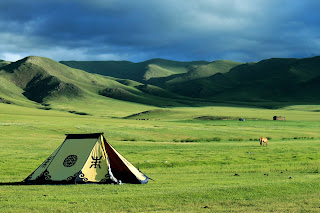 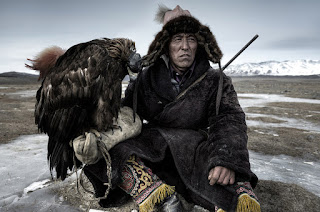 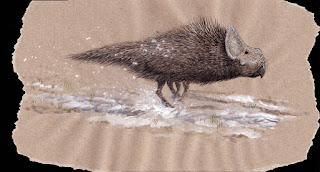 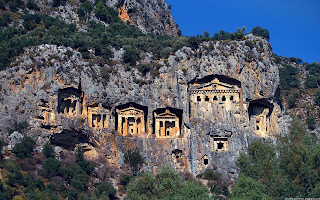 Posted by Dunkey Halton at 06:52 No comments:

The Pole of the Pole

This is a short story I wrote.

It's called The Pole of the Pole. It's about six thousand words long. The idea is to deliver a meaty chunk of setting in a narrative format instead of the normal encyclopedic blog-entry format we usually write our settings in.

I feel like it worked pretty well. It's inspired by a period of history that I almost never see represented in anything. I don't want to tell you too much about it because I want to see how clear a picture you get of the setting from the story alone, but there is some art here so you have something to visualise in your head box. 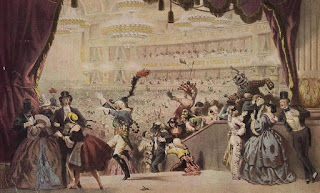 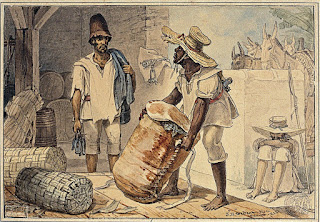 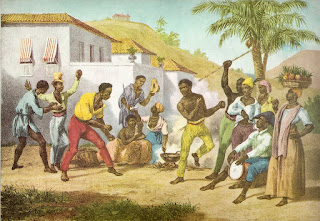 Posted by Dunkey Halton at 02:41 No comments: