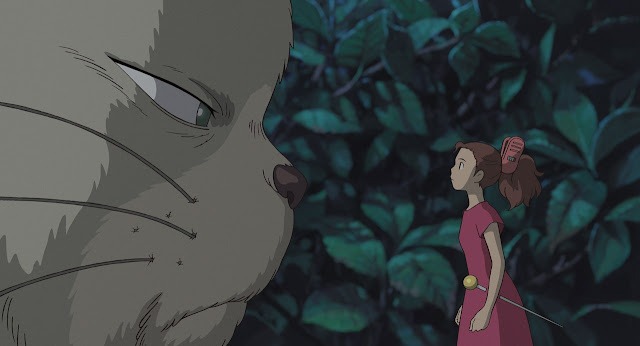 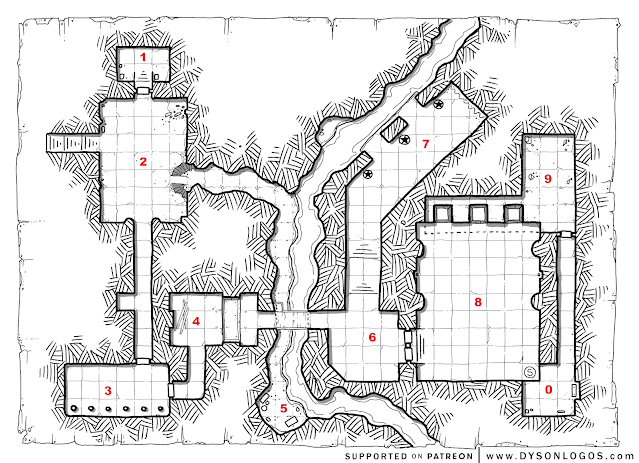 1. MASK ROOM. Hundreds of different masks hanging on the walls. You hear muttering if you press your ear to the door, but it goes away once you open it. Putting on a mask slowly drains your personality and leaves you open to outside influence.
2. CHANGING ROOM. Benches and towels. Rows of wooden shelves containing moldy clothes, rusty weapons, purses with a few coins in them. A few dark smears across the polished floor. A naked corpse, missing its legs, collapsed in the corner.
3. THE GRACES. From left to right, a featureless pillar; a blocky, abstract humanoid; a naked woman; a skinless woman; a skeleton; an empty plinth. Each carved from stone. An altar in the centre, darkly smeared. Ritual oils and short knives.
4. MIRROR. Shadows lurk in the depths of a bronze mirror, taking up the whole eastern wall. They whisper riddles, telling you only the blind and faceless can pass onto the bridge. The weaker the light, the easier it is to hear them. While it's dark, the door is open.
5. BEACH. Bones scattered over the river's stony banks. A pale, wrinkled figure squats on the shore, trying to pry the smiling mask off his face. Skinless pink things like cave salamanders stir in the oily water. They attack if you try to help him.
6. ANOINTING HALL. Stepwell leads down to bubbling black water, edges worn away from years of pilgrims descending. Lengths of thick rope with a noose at one end, a heavy stone tied to the other, piled against the wall. Smells like gas.
7. LIBRARY. Papyrus scrolls piled in scroll-racks, holding thousands of cryptic prophecies. Not ordered or catalogued in any way. Skinless pink things slither among the racks, their masks the only indication of where their faces should be.
8. HALL OF PROPHECY. Naked corpses everywhere, slowly decaying. Water drips onto their upturned faces. Beetles scuttle in the dark. A pregnant woman in red rags wanders among them, holding a torch, singing to herself. She flees if she sees you.
9. SIBYL'S CHAMBER. Intensely hot. Volcanic gas bleeds from a crack in the floor, inducing nihilistic delirium and visions of the future that replace your memories. Hidden door leads to a stage. Finger-scrawls on the walls seem imbued with terrible meaning.
0. SANCTUARY. A cot with sweat-damp sheets. A few dried fish, a chamberpot and a bowl of water. A hidden window that looks out into the hall. A baby-sized golden mask under the cot, its cheeks fat and its eyes closed. The pink things won't let you leave with it.
Posted by Dunkey Halton at 15:56 1 comment: 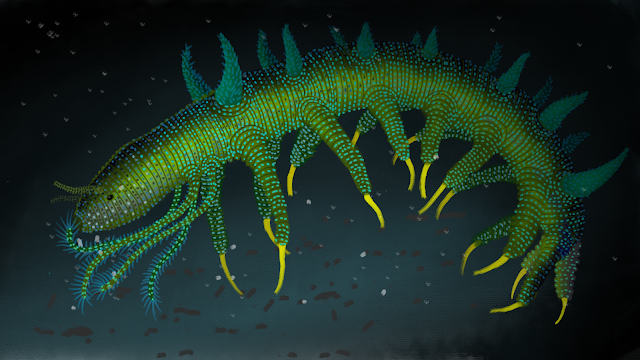