The Committee would like to assure its guests that our schedule remains unchanged. The Black Auction of 1968 will take place exactly as promised - on the evening of June 21st, the venue being Los Angeles' luxurious Ambassador Hotel. We believe that last week's events can only benefit the integrity of the Auction, although guests are advised that the facility may be subject to a slight uptick in popular attention. As the kitchen is still an active crime scene, it is politely requested that guests make their own arrangements for luncheon, although sandwiches are available on request. The Cocoanut Grove nightclub remains open for business.

As promised, this letter encloses a partial catalogue of the lots available for bidding. We regret that it is not complete, but remind our guests that nothing in life is certain.

LOT 1. THE ARK OF THE COVENANT.

Recovered in 1939 by Italian troops from the holy island of Tana Qirqos in the mountains of northern Ethiopia. Julius Evola's UR Group - a fraternity of occult researchers backed by Mussolini in an ill-fated attempt to compete with Hitler's Thule Society - made several attempts to wield its terrible power against the Allies, but were stymied by their inability to find a way of opening the Ark without being instantly struck dead by the wrath of God. Mostly of interest as a historical curiosity.

Eighteen child-sized, albino humanoids captured by Welsh coal-miners in 1933. Archaeological examination of the nest complex suggests that the creatures' population has been dwindling since the early 1840s, when the Coal Mines Regulation Act made it illegal for any British child less than ten years of age to work underground. All care must be taken to keep them confined - they are ingenious escapologists, and events in the Rhondda Valley in 1935 demonstrate they have some concept of revenge.

A traditional stick chart of the Marshall Islands, used as a memory aid by native sailors to navigate the oceanic currents. Cowrie shells mark out an island chain that cannot be located on any Western map. Sold to an antique dealer in Bremen by the estate of Caspar Ziegler, a German missionary obsessed with proving that the Pacific was settled by Canaanites, after his failure to return from a voyage to that region in early 1905.

A 1955 Ford Thunderbird, powder-blue, in near-mint condition. Formerly owned by Alvin Howard Starr, proprietor of Starr's Garage in Passaic, New Jersey, locally notorious for his repeated claims to have been abducted by aliens in the summer of 1949. The T-Bird, whose engine has been extensively modified, was seen leaving Newark only hours before its discovery by Bolivian officials in the parking garage of a government building in La Paz. Starr, afflicted by severe generalised barotrauma, tragically failed to survive removal from the driver's seat.

A 6.1-kilogram sphere of subcritical plutonium. Originally designated for use in an atomic weapon as part of Operation Attila, an invasion of Soviet Hungary proposed under the command of General Curtis LeMay. When the invasion failed to eventuate, the core was repurposed for testing by Z Division in New Mexico. After a series of criticality accidents that claimed the lives of five personnel and inflicted permanent neurological damage on seventeen more, it was retired from use.

The obese, mummifed corpse of an Iron Age woman, excavated from a peat bog in Järvamaa, Estonia in 1921 by a team of archaeologists from the People's Commissariat for Enlightenment. Heavily pregnant when discovered, she gave birth shortly after to a healthy, medically-normal infant, who was placed in the care of a foster family and went on to become a lathe operator in Minsk.

A woman made of paper, presented to Emperor Gaozong in 657 by his court eunuchs to celebrate his defeat of the Western Turks. Skilled in music, calligraphy, conversation and the game of Go. Encyclopedic knowledge of Oriental history, supplemented by personal acquaintance with key players. Averse to rain and high winds. Her internal mechanism derives motive power from the rosefinches in her chest cavity, which must be routinely fed and watered.

The life's work of Dr. Oskar Vogt, continued after his death by his daughters Marthe and Marguerite. Dissecting Lenin's brain in the winter of 1924, Vogt discovered a number of threadlike metallic structures embedded deep in the prefrontal cortex, which he came to believe held the secrets of human genius. His collection of the brains of prominent intellectuals - including that of Albert Einstein, purchased from an unscrupulous Princeton pathologist - showcases a wide range of neurological anomalies.

The corpse of Piesgrandes, a twelve-foot-tall man collected in Tierra del Fuego by the Magellan expedition. Piesgrandes was one of the few survivors of the voyage, a piece of good fortune which he attributed to the intercession of God, having taken part in his first Catholic mass on the island of Limasawa in the Phillippines. The rest of his life was spent in a Galician monastery, where his writing contributed greatly to the Church's understanding of the pagan fire-rituals of Patagonia. Preserved in a barrel of honey after his death.

A spherical brass astrolabe constructed in 1207 to the specifications of the Persian philosopher Fakhruddin Razi, who believed it was within the power of Allah to create a multiplicity of worlds. Useless for conventional astronomy, but can be used to predict the trajectories and intersections of parallel states of reality. Discovered among the ruins of the Ulugh Beg observatory in Samarkand, it came into the possession of Konstatin Tsiolkovsky, and remained the property of the Soviet space program until it was stolen from the Baikonur Cosmodrome by CIA-backed Tajik separatists in 1965.

A six-ton African bull elephant. Former property of the Ricketty Bros. Circus Company. Killed four people during a rampage in Portland, Oregon, provoked by a drunk spectator who attempted to put out a cigarette on her trunk. Sold to Dr. Louis Jolyon West, an MK-Ultra researcher who, inspired by the work of Thomas Edison, injected the beast with 300 mg of an experimental psychedelic, inducing seizures and temporary brain death. Very friendly. Extent of extrasensory capabilities yet to be determined.

A Basque fisherman lost at sea off the coast of Newfoundland in 1889. Extracted in 1951 from the intestinal tract of a forty-ton sperm whale by the crew of the Nisshin Maru, a Japanese whaling factory ship - alive and conscious, with most of his body preserved in a waxy ambergris-like substance. Blinded and bleached to hairlessness by stomach acid, with much of his right arm gnawed away by gut parasites. Cannot be removed from his chunk of solidified ambergris. Only speaks Basque.

An engraved feldspar tablet discovered in the Descartes Highlands by the mission crew of Bacchus 8. Written in a cuneiform language related to archaic Sumerian, it relates the epic of the hero-king Sha-Naqba-Imuru, He Who Sees The Abyss, who climbs the world's tallest mountain to find and slay the Bull of Heaven. The Bacchus program, staffed by personnel from Operation Paperclip, was shut down by Eisenhower after the failure of three costly follow-up missions to the area.

A mated pair of handsome, androgynous humanoids with slick pink skin and blowholes on top of their heads. Mossad agents found them living on an old rubber plantation outside Iquitos, Brazil - the former home of Dr. Hugo Vorpahl, a Nazi scientific renegade who dwelt in the area until his disappearance in the late fifties. Documents found in the house testify to his obsession with the boto, a species of river dolphin native to the nearby flooded forests, which he believed to be "sexually perfect" and "the aquatic master race".

A flawless 140-carat diamond from the Golconda mines, stolen from the emperor Aurangzeb by Jean-Baptiste Tavernier in 1666 and kept in his possession until his death in Moscow at the jaws of a pack of wild dogs. Tinted a colour that cannot be described and possesses no analogy in nature. Given the fates of previous owners, it is not recommended that the hue be contemplated at length.

A musical instrument consisting of a set of rotating glass bowls, designed by Benjamin Franklin for the purpose of communicating with the dead. Franklin, a proud member of Philadelphia's Tun Tavern Lodge, used the harmonica's dulcet tones to call forth the spirits of deceased Masons, making use of their Egyptian wisdom in the pursuit of American independence. The dead consider the sound exquisite, though it induces melancholia in the living.

A ten-foot python with the face of a woman, cast in brass by a cult sculptor of Ile-Ife as a coronation gift for Oba Oguola of Benin. Stirs on summer days. Animates when thrown into a bonfire. Claimed as spoils of war by Sir Harry Rawsom in the Benin Expedition of 1897. Auctioned off by the Foreign Office, it wound up in the hands of Paul Guillaume, where it played a key role in the development of modern art by advising him to invest in de Chirico and Modigliane. Sold to La Cagoule by his wife Domenica after his untimely death in 1934.

A thumbnail-sized pearl discovered in the ashes of Changchub Dorje, twelfth Karmapa of the Whispered Message school of Tibetan Buddhism, who died of smallpox in 1732 while visiting the professors of the White Deer Grotto Academy on Mount Lu. Contains a pure garden of infinite bliss, manufactured by Changchub through the practice of rainbow dream yoga, into which three aspects of his spirit were transferred after death. Discovered in 1883 by the missionary Absalom Sydenstricker, who spent years trying and failing to destroy it.

An intelligent variant of the bubonic plague developed in Harbin, China, by researchers for Unit 731. Capable of tactical mutation, long-term strategic planning and working towards ideological goals. Microbiologists at Fort Detrick, working with Shirō Ishii, have had little success in convincing the disease to abandon Japanese nationalism for a love of the free market.

A shaggy, bipedal, apelike creature. Spent three years in the Blue Bear Lodge, an experimental community in the Siskiyou Mountains of northern California, where he was believed by his disciples to be an emissary from a peaceful star. Captured last month by MK-Ultra researchers and transferred to a facility in Delaware. Subsequently liberated by Committee agents. Currently formulating an assessment of humanity for the benefit of powerful extradimensional beings, which the successful purchaser will have a tremendous opportunity to shape. 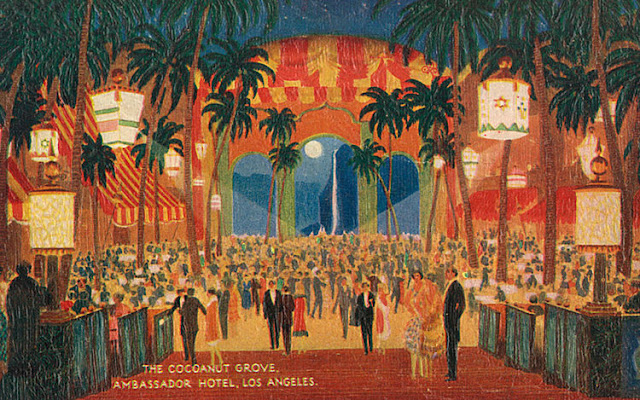 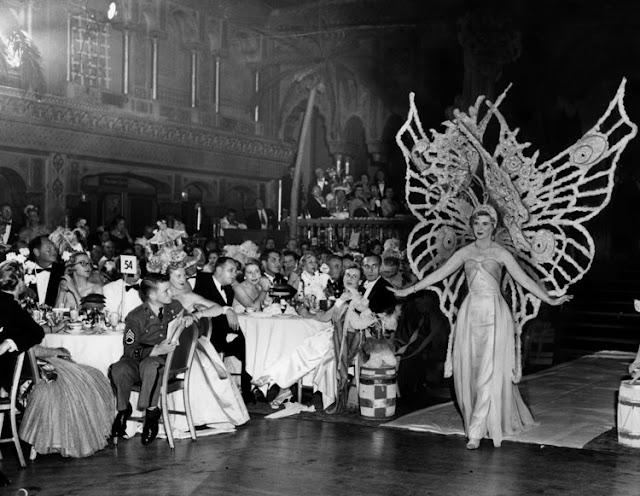