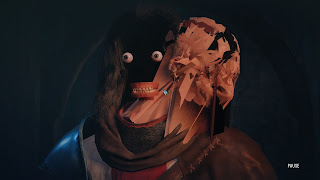 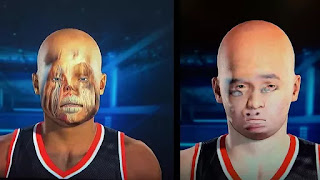 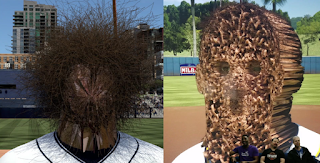 Inspired by a Scrap Princess G+ post about how forgettable the metallic dragons are. There's now one dragon for each of the alchemical metals, with a personality based on the associated planet.

Suryamandra, the Golden Wyrm. Rightful empress of all creation. Threw the gods off their sacred mountain at the world's hub, moved in to their eternal city. Paladins of the outcast gods try to fight her and always fail. Breath is all-consuming sunlight that liberates noble souls from their corrupt fleshly bodies and leaves behind only smoking skeletons. Souls then bound to serve her for eternity. Heart is the philosopher's stone. Will know if even a single coin from her immense treasury is stolen and will dispatch a battalion of heroic ghosts to track down and slay whoever's wound up holding it. Shopkeepers in vicinity of sacred mountain all know about this and will not accept payment in gold under any circumstances.

Chandraluna, the Dragon Argent. Comes down on nights when the moon is full to play tricks on lone travellers who won't be believed. Can shapeshift into a hot person, command night creatures, induce petty misfortunes, turn straight roads into winding ones and winding roads into labyrinths. Breath is luminous mist that takes the shape of your nightmares and attacks you. Lives in a moon castle full of secret passages, doors to nowhere, libraries of lies and whimsical items taken from children's dreams. Any madman who enters the castle becomes sane, but only so long as they stay there. They also live forever. Advised by beautiful trauma victims and exiled monarchs from long-forgotten kingdoms. Deliberately drives people mad so they have to stay with her and be her friend.

Vormangala, the Iron Serpent. Flightless. Lives in a tunneled-through magnetic monolith in the heart of a barren red desert. The monolith's black sides are encrusted with weapons and the corpses of soldiers who couldn't get out of their armour in time. Breathes a torrent of red rust that corrodes all metal instantly and infects you with the desire to beat each other to death with your bare hands. Has the same effect on anything he touches, but slower. Jealously hoards enough enchanted blades to equip a small army. Loves chess but plays far too aggressively. Has a long-distance game with a prominent general who's secretly analysing every move for clues to his psychology and weaknesses.

Aphrasukra, the Wyrm Verdigris. Breathes a cloud of colourful spores that makes you fall in love with all living things, including the dragon. Lives in an enchanted rainforest full of tropical birds, carnivorous plants, butterflies, tigers and blissed-out romance cultists who live off fruit and the intoxicating nectar of the flowers. Attracts poets and painters, who scrape the verdigris off her flanks and use it as a pigment. Rewards her favourites by eating them. The rainforest is hostile to anyone who comes with less than pure intent and a haven for people fleeing arranged marriages. More than one kingdom has been cast into brutal war when a peace treaty and diplomatic betrothal was scuppered by a runaway husband.

Jovanguru, the Dragon Pewter. Conspiracy theorist. Covets Suryamandra's power and is obsessed with unveiling the secret systems by which the gold dragon controls everything that happens in the world. Sly, duplicitous and paranoid. Likes to think he's outwitted you. Sees everything not in her direct sphere of influence as a threat that must be controlled. Has made a fortune on the stock market through various proxies and invests it all in plots against those who would destroy him, including the other dragons, gods, kings, merchant houses and ordinary people who just happened to move in a suspicious way. Breathes lightning and lives in a thunderhead. Sees everything that's visible under the sky. His enemies wear wide-brimmed hats.

Kronoshanti, the Leaden Wyrm. Sleeps among the columns of a ruined city, dreaming of the day when it was whole. By crawling into the dragon's ear you can become a character in its dream, someone who lived in the city back when it was inhabited and prosperous. The temples of the dream-city hold priceless knowledge, including the recipe for liquid fire and a map to lost Hyperborea. If you stay in the dream too long, however, the memories of your dream-life will overwhelm you and cause you to forget the waking world. The dragon inhabits its own dream as a small black dog somewhere in the city's slums. Killing it will throw you out of the dream and wake her up, although maybe only briefly. Breathes a tide of darkness which inflicts rapid aging and melancholy. Armoured everywhere except for her belly, which she sleeps on. Heavy as fuck.

Hermastunga, the Dragon Mercury. Lives in a glass bottle-palace under the sea. Aggressively cheerful and hyperactive. Can change size and does so constantly. Wants to collect all the knowledge in the world. Memory like a goldfish. Has developed an ingenious new way of storing information in liquid form but can't remember how to read it. Kidnaps people and makes them tell her everything they know from the beginning as fast as possible. Then forgets that she's done it and makes them do it again. Then gets frustrated and eats them. Served by amnesiac djinn who will lose count of how many wishes they've granted you and forget what the wish is before they make it come true. Breathes poisonous fumes that cause itching, tremors, paralysis, hair loss, irritability, light sensitivity and the feeling of bugs crawling under the skin.

Lesser dragons include antimony, arsenic, bismuth, borax, magnesium, phosphorus, platinum, potassium, sulphur and zinc. Aeneolus, the Dragon Bronze, is Aphrasukra's daughter with Jovanguru. Orichalcos, the Dragon Brass, is her son with the wyvern zinc. They hate each other. 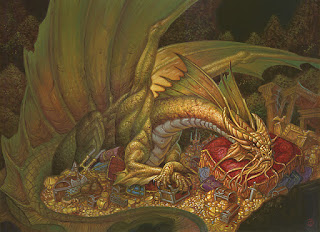 Posted by Dunkey Halton at 02:47 No comments:

Read more »
Posted by Dunkey Halton at 21:12 No comments: