For mundane streets, roll 1d20 on the goods table. For luxury streets, roll 1d20+10. This basically gives you two tables with an overlapping set of entries.
Read more »
Posted by Dunkey Halton at 20:33 1 comment: 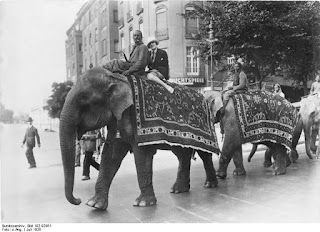 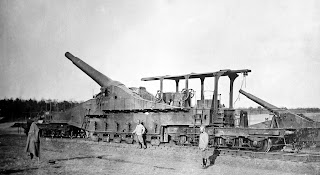 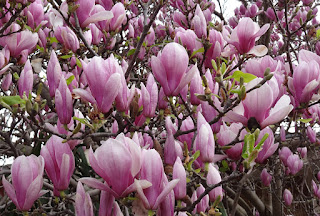 Posted by Dunkey Halton at 00:05 No comments:

My players are all opium addicts. The whole plot of the campaign is just them doing crimes to get more opium. There's already a table in the book for what happens when you smoke opium, but I wanted the effects to have a larger game impact and be more likely to be bad. Hence this. Probably a few ways you could use it.

Whenever you rest, if you didn’t smoke any opium that day, roll on the withdrawal table. 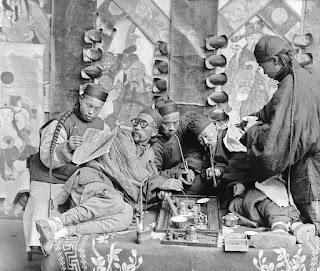 This stretch of Hyperaustralis is an ice age Australia grating painfully up against the mystical Altai mountains. Chinese heroes wander through the region on their way to Shangri La and death. Mongolian peasants smile and grumble against the impossible cold. Caravans pass through and herbalists scour the land for duyao, rare and powerful ingredients in sacred medicine. The indigenes of Australia do their best to leave the place the hell alone; they understand that this is not a place for mortal arrogance.

The forest has three layers, each of which can be traversed. The branches of the eucalypts support a sheet of ice, thick enough to support a person's weight, a dripping glass ceiling suspended above the forest below. A layer of heavy moss carpets the tangled mass of roots and vines and broken branches that is the forest floor. Beneath the moss, wombat warrens and gullies cut twisting paths through the rootmass.

The ground here is almost as great a danger as the denizens. Ice will crack, snow will slide away, wet moss will hide the fragility of the branches below. If you want to you could map the terrain of an encounter as a 10x10 grid, scattered with 3d4 loose, 2d4 weak, and 1d4 fragile sections of ground. A horsecart will break fragile ground, heavily armoured people fall through weak ground, heavy set people will break loose ground. Running, jumping, falling or getting thrown around upgrades your weight class; you move slow as hell or risk losing a foot, maybe dropping straight through.

Lashed by a thin, bitter wind that kicks salt into your eyes and leaves a dry taste in your mouth. From the feet of mountains out to the shallow pockets of trapped ocean, dry grasses cling to life and herds of strange animals follow strange shepherds. Though there are monasteries here, forts and towns, most people are semi-nomadic, whether trading, hunting, droving, praying or politicking. 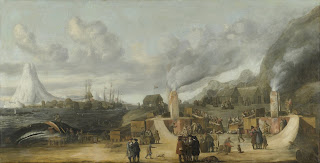 (Here is the rest of this post. It's in a Google doc because it was too long to put anywhere else. I am thinking of writing a setting guide to Hyperborea, the lost continent to the north of everywhere.)
Posted by Dunkey Halton at 00:48 1 comment: