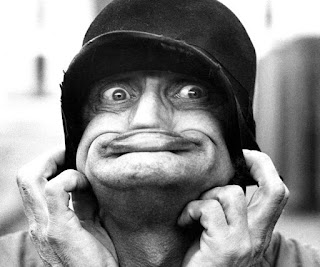 Read more »
Posted by Dunkey Halton at 20:15 No comments: 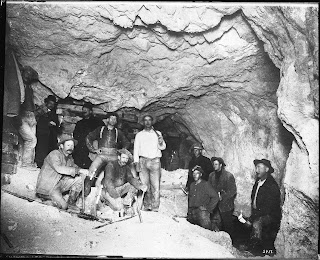 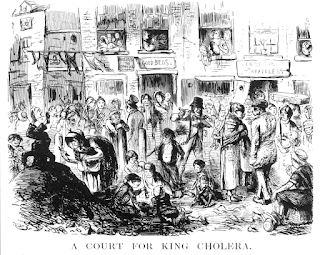 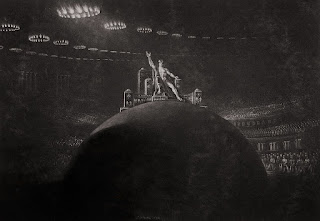 Posted by Dunkey Halton at 03:40 No comments:

Tools of the Goblin Pirates

Sail south from Yoon-Suin and you come to a chain of atolls and volcanic islands that I don't have a name for yet. They're home to dozens of bickering feudal clans, governed by a puppet Empress who never leaves her floating palace. Sengoku Japan + Miyazaki + Wind Waker + Lafcadio Hearn's ghost stories + Polynesia + Skull Island, with samurai privateers and an untouchable caste of animist priests whose job it is to keep the giant monsters in line. Also goblin pirates. Here are some things the goblin pirates have:

1. Bluebottle Blunderbuss. A hessian sack full of stinging blue man-of-war hydrozoa (technically not jellyfish), crammed into the barrel of a lion's-mouth cannon and set off at close range to entangle you in sticky blue strands of raw agony. Sometimes blows up the cannon and splatters everyone in range with bits of poison tentacle.

2. Divine Dragon Engine. A battery of rocket-propelled fire arrows, all lit from a single fuse, designed to rain bushels of flaming death upon the decks of enemy ships. Wildly inaccurate but good for igniting sails and terrifying sailors. Goblins love these but everyone knows how to make them - countermeasures include armoured turtle ships, fireproof leather sails, bucket chains up the mast and appealing to the kodamas of the ship's wood for protection.

3. Porcupine Mine. Poisonous blowfish inflated to bursting point with lighter-than-air volcanic gasses. Brushing against their spines causes paralyzing seizures. Touching them with fire or squeezing them too tightly makes them explode, hurling spines everywhere. Can be tied to the ends of long poles as a boarding weapon, released in clouds to cover an escape, used in bundles as makeshift scouting balloons.

4. Silken Wings of War. Rocket-propelled triangular kites painted with tigers and skeletons. Goblins can travel over a mile in these, letting them board your ship from what you thought was a safe distance away. Obviously half of them crash into the sea or explode. Slower box-kites are used without the rockets to soar overhead, riding the wind, dropping sea-snakes and burning pitch down onto enemy decks.

5. Hunger Dust. Dried, concentrated goblin guano. Sprinkled on the ocean's surface, it attracts marine predators from miles around and drives them into a psychotic, cannibalistic feeding frenzy. Even in its unprocessed form the guano is an addictive stimulant - sharks, squid and leopard seals will follow a goblin ship for miles just to get a taste of it. It's also high in saltpeter and the goblins use it to make gunpowder.

6. Creaking Mockery. An overcrowded junk built of wood from a desecrated shrine, haunted by an angry minor god who is powerless to personally avenge this violation of taboo. Nature will usually punish those who break the laws of honour, but goblins are living insults to nature and can break all the laws they want without worrying about spiritual retribution. The angry god will bring thunderstorms and misfortune down on the heads of anyone who passes by the ship without making an active attempt to reclaim the shrine's wood and cleanse it.

7. Ghost Gun. A blunderbuss loaded with gravedust and bits of shattered tombstone. Anyone it wounds will be haunted by splinters of angry ghost until a priest ritually cleanses them. Goblins are immune.

8. Sting of Silent Death. A handheld whalebone drill threaded through with a tube of fishgut attached to a bladder of compressed, odourless gas - blackdamp, which silently suffocates, or firedamp, which explodes. Goblin divers bore though the hull of a ship and pump the lower decks full of gas, either killing half the crew in their sleep or turning the whole thing into a bomb that will go off the instant night falls and the first lantern is lit.

9. Firebats. Thousands of bats with small incendiary charges tied to their bellies. Released at night, will disperse far and wide across the ocean, looking for a place to rest before dawn. Half of them will try to return to the ship they were released from and must be shooed away. When the sun rises the charges go off and fires get started in hidden places. Effective in shipyards and against cities.

10. Beseecher of Heaven. A goblin carrying a long metal wire, wrapped in more metal wire, tied to a balloon. Grapples onto the top of the mast and does their best to attract lightning. You would think they'd only use these in thunderstorms, but you'd be wrong.