Posted another short story to Medium. This one is called The Club. Inspired by the detective novels of John Dickson Carr - his detective, Gideon Fell, was also a big fat jolly English guy, inspired by the real-life figure of G. K. Chesterton, whose own detective was a small anonymous Catholic priest.

The interwar period - the 20s and 30s - is the classic Lovecraft setting, obviously. I've posted about that here and here. There's a lot of easy cliched material you can use - in America, flappers and gangsters and bootleggers, in England, Agatha Christie and P. G. Woodhouse. There's also a lot of deep political and artistic weirdness going on - modernism and futurism, fascism and communism - which contrasts interestingly with the whole Victorian adventure-fiction tradition, still very much alive and well at the time.

So on the one hand you have plucky British heroes stealing rubies from the eyes of Indian temples - on the other hand you have Ulysses and Italian guys writing odes to the motor car. The cool white cubist surrealism of Picasso and le Corbusier, which would come to define the aesthetic of the 20th century, vs. sailing ships and pagan death cults. Which is basically what Lovecraft is about.

Not that this story is about Lovecraft at all. But I've tried to capture some of the weirdness of the interwar setting and hopefully demonstrate why I think it's so productive for writers and game designers.

My first story, The Strange Fate of Captain Strathclyde, is still here if you want to read it again.

stop rolling d4s when you get to the crater 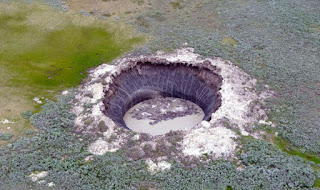 best way to get back to earth is to climb the nearest mountain, wait for a snowstorm, then jump off a cliff
roll d6s, adjust depth as instructed, minimum 0 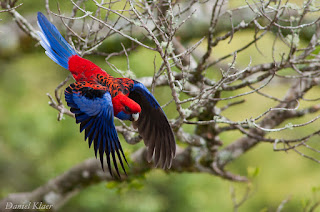 THE ANCIENT PAST
start at depth 1. instead of just +1 per step add the result of your d6. if you go off the end of the table you wrap back around to the start

The Strange Fate of Captain Strathclyde

I'm trying a new thing where I write horror stories and put them on Medium.

The first one is called The Strange Fate of Captain Strathclyde. It's about a guy who takes a job as personal assistant to a reclusive novelist, in a creepy old house in the Appalachians, and finds that extremely creepy things start happening.

One of the strangest things about the 21st-century internet is the complete lack of places to publish good short fiction. I assume they exist - the old sci-fi magazines still all seem to be going on, somewhere or other - but I don't read them and neither do you. They don't have any actual cultural reach. And the existence of blogging platforms has made their publishing model obsolete in a way that nobody at all seems to have reckoned with.

In the old days, if you wanted to get published, you needed to persuade somebody with a printing press to actually, physically put it down on a piece of paper and deliver it to bookstores and newsagents across the nation. Hence Lovecraft having to go through Weird Tales, Steven King publishing in... I think it's all these small magazines with names like Startling Mystery Stories that don't exist any more, because why would they? Now you just whack it online.

Nobody needs to approve of what you write. The only hiccup is that you need to build a social-media following on your own, which can be tricky. The best way to do it is to have an existing community of people who do similar stuff. The OSR blogging sphere has obviously been good, although harder to use since G+ died. But we haven't done a lot of actual storytelling - it has always seemed to me like a weirdly dead art, at this point in history.

We do a lot of incredible fiction but very little of it is narrative. And nobody else is doing it either, at least not a way I'm interested in. I remember when I made my Twine game A Thing Called Dracula I struggled to find a way to popularise it, or people who were interested in talking about it and building on it. There is a gap here that someone needs to fill.

I'm interested in Twilight Zone-style horror stories, detective and crime stories, weird tales with some creepy little ironic twist at the end. It's kind of a deliberately old-fashioned project. I want to do a couple more of these and see where it goes. I also wrote a book last year - a crime novel called Croatoan, about conspiracy theories, the pitch being Elmore Leonard does the X-Files - and if I can't get it published traditionally I'll start trying to sell it online as an e-book. So there's that. 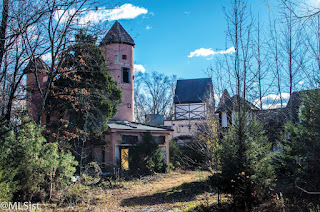 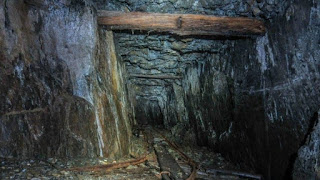