Drawing from Arnold K's post about shitty dragons and some of his posts on G+ about making weakness as integral a part of monster design as strength.

These fall into a few distinct categories. Physical peculiarites (age, deformity), character flaws (laziness, vanity, stupidity), conflicting goal systems (avoiding something, collecting something, stalking someone). The last is probably the most useful of the three. The tension between wanting to do X and wanting to do Y seems likely to lead to some interesting emergent behaviour.

Anyway you should ignore all this because I have just discovered that Googling the phrase "awful taxidermy" is a better summation of the ethos of this blog than any words could ever be. This blog is about awful taxidermy now. 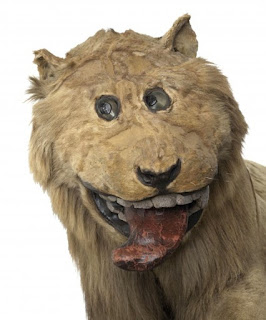 Posted by Dunkey Halton at 23:33 No comments:


*terribleness of assassins not guaranteed.
Posted by Dunkey Halton at 23:11 5 comments:

The women and men of the Assassin's Guild are among the most deadly entities ever to walk the earth. They can slit your throat with a whisper and break your back with a glance. The least of them has taken more lives than the plague and knows less mercy than the desert. Once they mark you, your fate is more inevitable than Death itself.

Nobody ever actually hires them. People aren't that hard to kill, and there's always some asshole hanging around a tavern who'll do it for the local equivalent of a buck fifty. Here is a selection of those assholes.

Tell Me More About The Golems And Their Silent Bureaucratic War

In those places where there were once people who made golems there are now only golems. The people succumbed not to natural disaster but to a lack of interdepartmental communications.

When you tell a golem to do a thing it doesn't stop doing the thing until you tell it to stop doing the thing. Otherwise it will continue to do the thing forever. And by the time you realize you should have told the golem to stop doing the thing two weeks ago it has probably already completely fucked you in some way that will require golems to fix. Which would be fine if you were better at keeping track of which golems needed to be stopped at any given time. Unfortunately you delegated that task to golems.

And the golems are all still digging those sewer tunnels.

And a hundred hundred years later your city isn't a city any more. It has all the right pieces, roads and tunnels and buildings and walls, but none of it connects right. None of it works. If you tried to build a house Planning Commission Team 476-KR would turn up, politely wait until you had left each room, then tear it to pieces, just as they do when the construction teams come past on Tuesday mornings to put six hours and forty-three minutes into building half a minaret. The layout of the city is constantly changing as the golems try to balance thousands of contradictory commands. They cannot. There is no acceptable equilibrium. There is only the slow, silent war.

Sometimes the golems stay in the place that was the city. Sometimes they spread across the landscape like a plague, turning everything into city as fast as they can, but they can't make more golems so they thin out as they spread until they are alone, a thousand miles from the nearest other golem, a cone of metropolis abandoned behind them. Sometimes they build down, and the bottom floor of the dungeon is golems who will keep digging even when they strike lava. Sometimes they build up. Did you know there's not a single bad painting of the Tower of Babel?

Gameable Shit From "Quest for Camelot"

Here is some gameable shit from the film, because I am kind and generous and benevolent and etc. 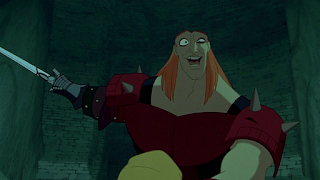 d6 Monsters That Deform Their Environments 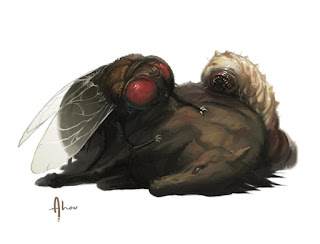 AND Merlin has this one weird cameo appearance and he is the only character that looks like the mouth animation was done for a different language, which is exactly what I want from Merlin.

AND the comic relief is a stunted set of conjoined-twin dragons with opposing tastes in art which is such a good idea for an NPC you might not actually do it justice.

AND the villain has a plan to steal the Excalibur and fuse themselves with it. Uses fusion potion to first make army of mercenary/weapon hybrids. Works with sentient, servile griffin, whom is bullied mercilessly. Is voiced by Gary Oldman for some fucking reason. 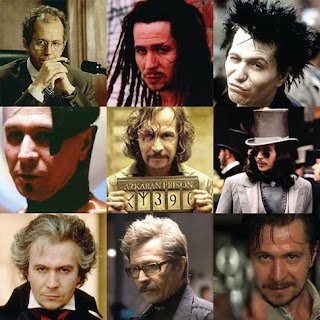 * Turns out this is not a Disney film, which I thought it was (thx Jeremy Duncan) though I guess that explains why the songs feel like a lazy attempt at psychological torture.
Posted by Dunkey Halton at 00:06 No comments: