The plains grow cold at dusk. The sullen black cones of volcanoes slouch against the western horizon, flanks scarred by mineworks, waiting to eat the sun.

The only sheltered places to camp at night are the steel-blue glacial lakes that scar the stony dry earth. The russet-red grass is flecked with guano and the delicate rainbow feathers of parakeets, who gather each evening in the canopies of the prickly araucania pines to feast on nuts and night-insects. Their screeching is unbearable, a constant raucous thunder. It becomes impossible to sleep, speak or think. Only the Piquenche, the funniest people in the world, can tolerate it for the length of a journey without going even madder than they already are. They roam the plains on horseback, in war-troupes and nomadic bands, hunting half-deaf glyptodon and macrauchenia with their ludicrously tiny feathered spears. Their short lives are devoted to comedy and war.

The pox-priests of the Doleful God, who eternally mourns the wickedness of His children, have their missions in the mountains. Slaves from the fertile seaward lands quarry copper for their house-sized Inevitable Bells, hoisted high as possible to broadcast doom-laden peals for miles around. Knights, prospectors, gauchos, bandeirantes and inquisitors gather in shanty-towns at the mountains' edge, hoping to play their part in opening the plains up to cattle-grazing and general exploitation. So far they have had little success. 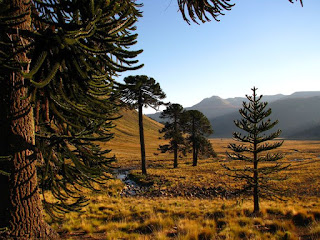 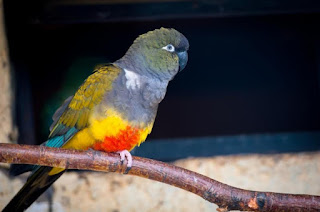 Read more »
Posted by Dunkey Halton at 00:01 No comments:

For Thousand Thousand Islands, or the actual Yoon-Suin game we actually have

Nouveau-riche aliens from neighbouring solar system drawn to planet by charming bohemian atmosphere and low real-estate prices. Native lifeforms reprocessed by ruthless tourist industry into harmless mockeries of former selves, exhibited to cooing space rubes as representatives of an authentic working-class ecosystem. Anything actually dangerous or interesting is forced by environmental pressure to move out to the poles, the Moon or nearby asteroids.

Ants learn to mine diamonds, use them to buy delicious grubs from treasure-hungry magpies. Pretty soon everything has evolved the ability to use money. Monkeys pay trees to grow extra fruit, trees pay bees to pollinate their flowers, bees hoard gold in hives to carefully invest in other species’ business schemes. Camels sell their hump water to thirsty birds, beavers make spawning pools for salmon, crocodiles charge wildebeest river-crossing tolls. This period’s only surviving species is the dragon, which even today retains its capitalist instincts.

Almost all species abandon conflict and learn to work together for the collective good of the entire ecosystem. The only holdouts are the dragons, who pay a huge meteor to wipe out 99% of life on the planet in order to teach everyone the value of a little hard work.

14. The Age When Plants Were Quick And Animals Were Slow.

Celestial city of the gods is sacked by demons, reduced to rubble and cast down into the mortal realm. Planet’s surface pulverised by thousand-year rain of comet-sized chunks of marble, pieces of pillar and fragments of colossal bearded statue, as well as vast entrails and shredded bits of flesh from the gods themselves. Dust from the craters formed by this event still contains sparks of divine puissance.

After several hundred million years of diminishing viewership figures, planetary history is finally brought to an end by mid-level marketing executives who argue that it’s no longer in tune with current trends. Evolution is placed on hiatus and its slot filled by an unremarkable sitcom about a suburban single dad with too many kids. Time travellers to this period complain about the hackneyed storylines and the omnipresence of canned laughter.

“It’s life, kids, but not as you know it!”. This reboot of the beloved natural phenomenon, painstakingly retooled by an executive cabal for maximum appeal to an audience of hip young trillenials, failed to connect with anyone at all and was taken off the air after only a couple of epochs. Fossils from this period tend to be anatomically implausible, covered by spikes and with exaggerated sexual characteristics. The return of classical evolution, with most of the original cast and crew, was greeted with relief by almost everyone.

18. Hour of the Watchmaker.

God intervenes to intelligently design exactly one small species of trilobite, then goes back to watching and muttering.

A time of radioactive spider bites, murdered parents and orphans from beyond the stars who conveniently happen to look like members of whatever species first discovers them. The interests of each species are defended by its own league of superpowered guardians whose clashes somehow never cause any permanent environmental damage, no matter how many verdant woodlands their eye lasers blast apart. Punctuated by moments of ultimate crisis when every extant hero must band together to save the planet from existential threats.

Rocks learn how to imitate fossils, and stage an elaborate practical joke on future paleontologists by competing to see who can come up with the most implausible morphology. Some scholars suspect this period lasted much longer than anyone realises, and that the entire fossil record is actually a single huge geological prank.
Posted by Dunkey Halton at 22:29 1 comment: