Have been using the Last Gasp generator generator for ages, obviously, because it's invaluable. So invaluable, in fact, that I reverse engineered it a Python script that builds a javascript generator based on lists you give it, and is way easier (for a little python nerd like me) to edit and test with!

The code is over here on Pastebin, and the first thing I did with it is down below!

Posted by Dunkey Halton at 02:52 No comments:

Why would anyone even bother to worship Cthulhu, though? This has never made sense to me. Isn't the whole thing that he's so utterly horrible all human minds instinctively recoil from his presence? I guess it's basically the same thing as selling your soul to the Devil and people are constantly doing that. It presents a challenge, though. A Lovecraft-type story needs a human villain for anything to actually happen, otherwise the only sensible thing for a protagonist to do is get as far away from the action as possible and stay there. So you need to find a guy that has more coherent motivations for teaming up with the literal Worst Thing then "just a fuckwit, I guess". Here are some.

1. Algernon Blackthorne, master magician. Implicit villain of that generator I made earlier. An Aleister Crowley type, leader of an occult society, pretentious and profoundly insecure. Really wants you to think that he knows a lot of ancient secrets and is constantly having interesting sex. Knows some ancient secrets and has some interesting sex, but is rapidly running out of money and unable to find a publisher for his book about how misunderstood he is. Dark moustache, eyes that could plausibly be described as "burning". Whole aesthetic almost works but not quite. Worships the Elder Gods almost solely because he wants to be perceived as the kind of person who would worship an Elder God. Would happily destroy the world for pretty much the same reason. Real name Fred Stuggs. 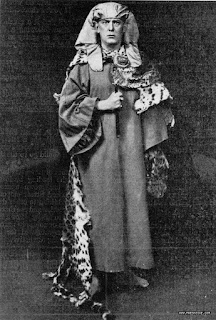 2. Lena Sitspur, star of the silver screen. Notorious for femme fatale roles, risque costumes and constant flouting of the Hays code. The studio has made a huge deal out of her purportedly exotic origins, spreading rumours that she's the daughter of an Arab sheik and an exiled Chinese princess. They have also spread rumours that the first set of rumours were a hoax and actually she's just a farmgirl from Des Moines. This will prove, upon further research, to also be false. Lena is surrounded at all times by a bevy of lovers, ex-lovers, suitors, sycophants, studio people, screenwriters, stuntmen, starlets, fans and mere hangers-on, all of whom are obsessed with her to a degree that is unusual even for Hollywood and will, if pushed, happily die for her. She suffers from crippling depression, having found that no amount of sex or cocaine will fill the gaping void that has haunted her soul for as long as she can remember. None of the three fetuses she has aborted have been quite human. She has recently begun to wonder what would happen if she carried a child to term. 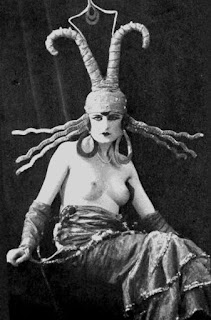 3. Sir Thomas Dinsdale, armchair anthropologist. Has never been quite the same since his wife died. Recently returned to fieldwork after a decade spent expounding his increasingly bizarre theories to a series of perplexed undergraduates, from who he has acquired a small handful of committed followers. Currently excavating an untouched Neolithic tomb in Orkney (or anywhere else you want to set an adventure). Intends to prove that all great revolutions in history, from the agricultural to the industrial, are a result of contact with Outside Forces, and that the next step up the ladder of civilisation will allow us to conquer Death Itself and make contact with those who have been taken beyond the veil. Absent-minded and lazy, leaving most of the actual digging to his students on the basis that they're better at it than he is. Stubborn. Dangerously optimistic. Hard to legally stop, no matter how many villagers go missing. 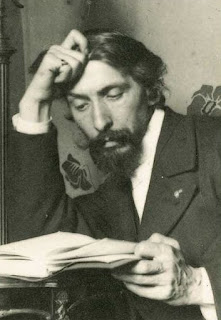 4. Dr. Quan Haodeng, the Yellow Terror of California. A name that the press persist in applying to him, despite all his attempts to shake it off. Yes, he runs the finest opium dens in San Francisco, but if the peddling of delightful dreams is to be a crime it can only be a victimless one, and he has nothing against Westerners. Happens to be married to one, and she gets on perfectly well with the rest of his wives. Dr. Quan is beloved in the Chinese community and has several close friends in the city's government. The chief of police would love to see him brought down. The newspapers dwell with barely-concealed glee on stories of young white women brought low by Oriental decadence, very few of which are true. They are silent on the source of Quan's product, the fields of black poppies that grow, tended by blind monks, on what rumour describes as a Himalayan plateau called Long or Lung.  And only the most elite dream-connoisseurs have felt themselves transported to a spectrum of possible worlds, worlds where the Germans won the Great War or the Qing dynasty never fell. Worlds where America is ruled by a race of serpents, or the continents are deserts and the oceans stir with foul bacterial life.

Of course, these are but dreams. There can be no truth at all to the story that one of Quan's sons has brought something back. 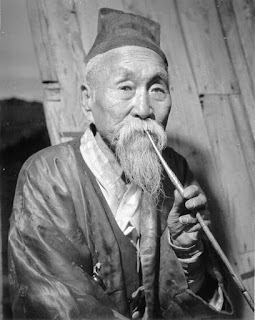 5. Inspector Strathclyde of the Yard. Ruthlessly rational. Always gets his man, usually sees him hanged. Absolute faith in the logical purity of his convictions. Flatly refused to believe in the existence of sorcery until presented with irrefutable evidence of it, then re-evaluated his entire life appropriately. Determined that, since all available sources suggest that the world is doomed to be consumed by the Elder Gods within his lifetime, and since the only way to minimise one's suffering during this unfortunate event is to win the Elder Gods' favour through pagan ritual and sacrifice, he is necessarily compelled to join a cult. Promptly made contact with the nearest appropriate organisation and, within six months, rose to the top of it. Responsible for the disappearance of several dozen vagabonds, whose mutilation and murder he handles with cold efficiency, as well as the quashing of all investigation into same. Beginning to branch out into more esoteric crimes, such as a series of simultaneous bookshop burnings whose map locations form a seven-pointed star. Some of the police force is with him, but by no means all. 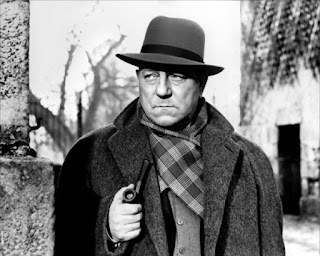 6. Mildred Strook, daredevil. Will do anything for a laugh. Flew across the Pacific in under three days, an impossible time. Won't tell anybody how she did it or what happened to her co-pilot. Wears a shark-tooth talisman around her neck and speaks, nonsensically, of taking "short-cuts". Constantly attempting to break height records, pushing her plane beyond its limits, openly fantasising about breaking free from the atmosphere and travelling the void between worlds. Her husband, who is also her publicist, is deeply worried about her. He would like some way to ground her before she hurts herself, but he can't convince her not to fly and he knows it would cripple her career. Neither of them will talk about the wind that comes howling round their windows in the night, the one that nobody but her seems to hear. 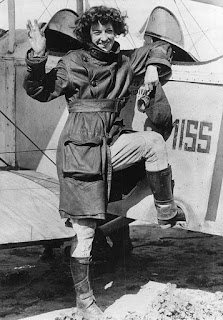 The Triplets of Leng. They come to all the other six. Sometimes in dreams, sometimes not in dreams. If you kill any of the other six, they will begin to come to you. 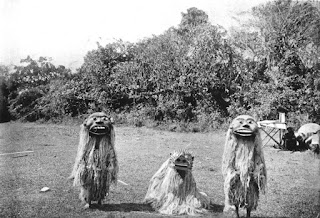 (You could put all these people together in Britain or California if you wanted to run some sort of Lovecraft sandbox. Algernon would fit neatly into LA. Lena could plausibly be on holiday, or have recently married an Englishman. Dinsdale could be digging in Arizona or northern Mexico. Strathclyde probably loses something if he's not British, but the San Francisco police do play a role in Quan's story. Mildred can live anywhere, she owns a plane.)
Posted by Dunkey Halton at 20:51 No comments:

Email ThisBlogThis!Share to TwitterShare to FacebookShare to Pinterest
Labels: Lovecraft

This is a Lovecraft cult generator I made in Twine. Here are my thoughts on it, and on random generation more generally. 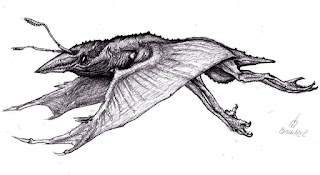 Email ThisBlogThis!Share to TwitterShare to FacebookShare to Pinterest
Labels: Lovecraft

Take a bunch of little monsters. Put them in a pile. Add a drop or two of mercury. Squeeze. Congratulations! You just manufactured an Amalgam.

Mechanically, Amalgams are a ruling for any kind of modular enemy. Take twelve HD¼
critters and fuse them into a HD 3 creature with extra powers. Every time the big creature takes damage equal to (or greater than) half the health of a little one, said little one blows off the big critter.

Poes - HD¼
Can phase through walls. Attack with spectral claws and cold fires. Can't amalgamate in the presence of torchlight. Killed by sunlight.
HD ≤ 1: Can only be hit by magic and magic weapons. Afraid of fire.
HD ≥ 2: Gains coldfire blast attack.
HD ≥ 4: Sheathes self in ancient silks and armour.
HD ≥ 6: Wears bronze crown. Can spew forth 3d4 little poes 1/week.

Cronenbergs - HD1
Each has a weaponisable mutation. The horrible result of their fusion will carry all their best traits. This one has a:

Posted by Dunkey Halton at 23:55 No comments: