I want to design a large market. I roll that it's in a cemetery at night, which is spooky.

I roll 1d3 for the number of encounters on the clothing street and find it has three. I roll 1d20 for each of them and get a street preacher and two shifty junk merchants. The first junk merchant is selling the skull of a horned jackal, a terracotta toad and a demagogic mask named Gosper. The second junk merchant is selling a leather waterskin containing a hungry ghost. These items are all cheap, but stolen - I assume the two merchants robbed the same house and fell out over splitting the take.

The vegetable street has one encounter. It's a wealthy mandarin paying far too much for ordinary vegetables. Possibly it's their house which got robbed.

The tea street has three encounters. I roll 1d20+10 for each of them, since it's a luxury street. I could also have gotten a mundane street that sold tea, in which case I would have rolled 1d20. This system is slightly unintuitive but w/e, it's just a blog post. I get stallkeepers squabbling over the possession of an inscribed brass disc which has somehow turned up in a shipment of tea, more stallkeepers competing for a connoisseur's attention and a band of criminals with a plan to steal something valuable. I am going to say that a prominent tea merchant is using the brass disc as a medallion, word of this has gotten around and a criminal has disguised herself as a wealthy tea expert in order to steal it. 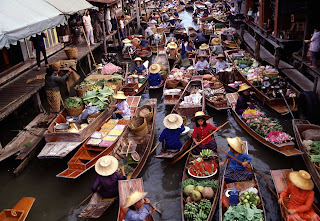 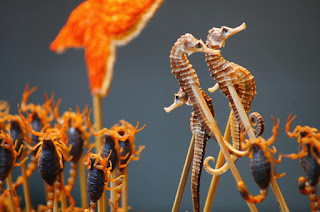